Findings published on the National Institutes Of Health website, Metabolic Effects of the Very-Low-Carbohydrate Diets: Misunderstood “Villains” of Human Metabolism, (Manninen et al) ascertains that reducing carb intake triggers a harmless physiological state known as ketosis, where ketones flow from the liver and spare the need for glucose metabolism providing an alternative source of fuel for the body.

The report further states that there are no clear requirements for dietary carbohydrates in human adults, and that  ketosis may offer therapeutic benefits for various different disease states, those common and also those that are rare.

The report further comments on a landmark study that showed a very low carb diet results in significant reduction of body fat and a naturally accompanying increase in lean body mass in male subjects of normal body weight.

Study From The American Journal of Clinical Nutrition

Ketogenic or low carb diets result in weight loss, as just one study conducted in 2008 and published in the American Journal of Clinical Nutrition reported a 12 pound weight loss in only 4 weeks in obese men who followed a low carb diet.

Interestingly enough, all the studies’ subjects noted less hunger and more satisfaction on the low carb plan than while eating a low calorie diet.

A study conducted at Stanford University (Christopher Gardner, et al) and funded by the National Center For Complementary and Integrative Health studied 311 overweight and obese pre-menopausal women and each one of the female subjects was randomly assigned one of four diets: Atkins™, Zone™, the LEARN™ diet or the Ornish™ diet.

Atkins was lowest in carbs, the Zone was low carb but higher in carbs than Atkins and the LEARN and Ornish diets were both regular carb but low fat plans.

The final results showed the women on Atkins to lose the most weight, an average of 10 pounds over 12 months and these women also improved their metabolic profile.

Another study conducted at Duke University Medical Center followed 120 obese subjects for six months. Half of the subjects followed the Atkins plan while the other half followed the American Heart Association’s low-fat diet.

The average loss for the Atkins group was 31 pounds, while the low fat diet averaged only a loss of 20 pounds.

The Mayo Clinic states that a ketogenic diet may have desirable effects on diabetes, heart disease, and metabolic syndrome. Additionally, low carb eating is more effective at improving levels of bad LDL cholesterol than moderate-carbohydrate diets.

The first ever conducted Bayesian study nf the effects of diet therapy on weight loss (Sackner-Bernstein, Kanter, Kaul), published in October of 2015 evaluated data from 17 randomized controlled trials of 1,797 people who were obese and overweight.

The evaluation demonstrated more effective and greater weight loss and a reduced predictor of cardiovascular disease risk in those who followed a low carb diet versus a low fat diet.

The Bayesian approach delivers insights, which are not always readily available in the traditionally used meta-analytical research and reveals the likelihood of a certain outcome in regards to the subject matter, a sort of summary that makes it easier for doctors to understand mass amounts of data.

According to, Dr. Sackner-Bernstein, the leader of this Bayesian analysis, the results showed that a low carb diet had a 99% probability of resulting in greater weight loss.

Moreover, while there was a modest difference between the actual weight lost and health outcomes stemming from each diet, there was a clear higher likelihood that reducing carb intake was superior to restricting fat.

Another study (Siri-Tarino, et al; Saturated Fatty Acids and Risk of Coronary Heart Disease) reported that replacing saturated fat with refined carbs and sugars, something that has become commonplace in the United States in the last several decades is associated with either no improvement in or increased risks for cardiovascular disease as well as higher risks for dyslipidemia.

The study’s researchers advised that considering the current epidemic levels of insulin resistance as seen in the massive numbers of type 2 diabetes cases and obesity, reducing intake of refined carbs and sugar along with weight control should be a top priority in the public’s dietary goals.

These are just a handful of examples, if you do a bit of research and I recommend you do then you will find many more examples which show the benefits of a low carb diet 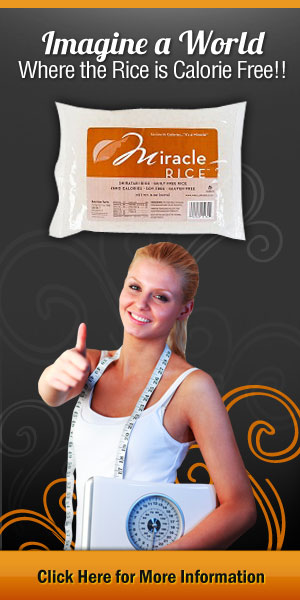